Year 9s are spot on after dramatic win at Ivybridge

On Thursday 12th January, the Year 9 football team secured progression to the third round of the county cup after a penalty shootout win away to Ivybridge Community College

The PA team more than matched their opponents in an evenly contested first half which saw the boys trail 1-0 at the interval, despite testing Ivybridge on more than occasion.

A Jack Rowell corner grazed one of the home team’s posts, while Sonny Parsons was desperately unlucky not to get on the end of a dangerous Jonah Shaw cross as the away team searched for parity. Further chances also came along and Parsons was again denied a goal as he fired over from a difficult angle.

Despite failing to secure a first half break through, the Paignton boys continued to work their way back into the game in the second half and were duly rewarded with a well-constructed equaliser.

The ball started with Gio Livio in the left back position who played a well-timed pass to Parsons in the left-hand channel, who despite coming under intense pressure from an Ivybridge defender managed to get an excellent through ball to his strike partner Shaw.

Shaw then drove powerfully into the Ivybridge box and fired a powerful left footed effort across the keeper to level the tie at 1-1.

After the Paignton equaliser, the game continued to swing in both directions as both teams looked to score the next goal of the game.

Goalkeeper Ethan Crocker was on hand to make a couple of smart saves to deny the Ivybridge attack, and was well supported by defenders Kaiden Paine and brothers Riley and Elliot Osman, who all contributed to keeping the home team at bay with some resolute defending.

But the flow of the play certainly wasn’t one way as Shaw broke away from the Ivybridge defence before firing into the side netting from an acute angle after rounding the opposition keeper.

The third goal could well prove decisive and the next goal of the contest went the way of the home team who capitalised on some pinball action in the Paignton defence, and smashed a well hit effort past the helpless Crocker.

Going 2-1 down with only 6 minutes left on the clock may well have knocked what was left of the proverbial Christmas stuffing out of lesser teams, however this resilient group of young men responded to the setback in the best possible manner.

Shortly after the fifth kick off of the game, the ball made it’s way to midfield general Logan Aston, who dribbled past a couple of tackles before threading an inch perfect pass through the Ivybridge defence to the ever busy Shaw, who confidently slotted the ball past the Ivybridge keeper for 2-2.

With a dreaded penalty shootout edging ever closer, both teams continued to create chances in their pursuit of a winning goal.

Arguably the best two chances fell the way of the away team, with the Ivybridge goalkeeper making an excellent point blank save following a well worked Paignton set piece, before Aston rattled the crossbar from another dead ball situation as the game started to close into it’s final stages

As the final whistle blew, the team had to now prepare itself for the lottery of a penalty shootout, with their progression to round now hanging in the balance

After losing the toss, it was decided that PA would take the first penalty of the shootout, yet the scored remained 0-0 following a missed penalty apiece from the first attempts.

Aston then scored the first successful penalty of the contest before Ivybridge levelled at 1-1 after two spot kicks each.

Following a save from the third Paignton penalty, it was Ivybridge who gained the lead in the shootout for the first time following a successful attempt from their third kick.

Elliot Osman then scored Paignton’s fourth kick, before Ivybridge scored again to make the score 4-3 with one kick each left to go. This meant that if Jack Rowell was unsuccessful with his kick, Paignton would be exiting the competition in round two, however Rowell dispatched his penalty with aplomb to provide Paignton with a lifeline.

A successful attempt from the last kick of the Ivybridge five would still be enough to see PA eliminated, however the penalty found its way wide of Crocker’s left-hand post to send the shootout to sudden death

Ethan Ratcliffe stepped up to put Paignton 4-3 up after the team’s sixth kick, before Ivybridge levelled soon after to take the shootout to the second round of sudden death at 4-4.

Riley Osman then drilled home PA’s next kick to regain the lead once more at 5-4, before Crocker became the Paignton match winner by making a superb save from the final Ivybridge penalty to secure a famous 5-4 win for his team

The team’s outstanding levels of resilience proved to be key in securing the win, so great praise must go to all boys involved!

On to round three for another away trip to Colyton Grammar School! 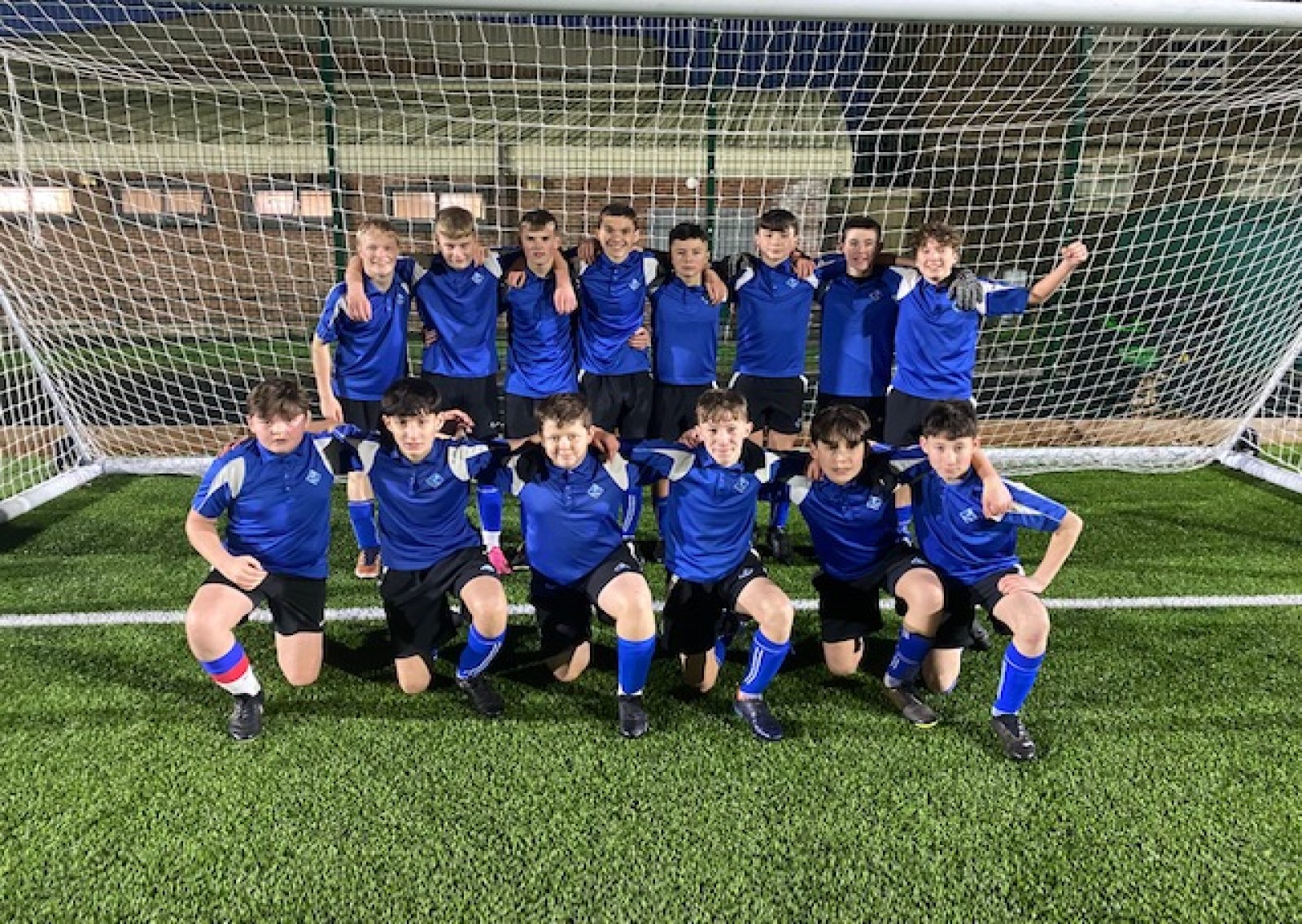