Two Year 7 Rugby teams took the trip across to St. Cuthbert Mayne school and performed superbly in a spectacle of Rugby.

This was only the third game of the season and already the team are starting to work well.  With Jack in powerful form, it was the Paignton team who were first to score.  Strong runs by Sam and Euan also produced tries for the Paignton side.

In the other game, it was a closely fought contest; Joe and Thomas B. showed excellent skills, strong runs from Thomas W. and the addition of Charlie and Oliver provided more power to the team, with Elliot taking on key roles.  In the second half, the addition of Cohen and Gethin helped the team run out winners, scoring three tries to one.

In the second half of the other game, Sean and Kailum showed their true ability, making key passes, and Shaun and Alex showed excellent support play, with more strong runs from Kieran and Nico.  There were a number of second half tries and the team did not concede once.

A very enjoyable outing, most importantly played in a fantastic spirit with some lovely sportsmanship, especially Jack who helped opposition players up to their feet on many occasions.  A reminder – training is every Tuesday after school at Waterleat Road and all Year 7 boys are welcome. 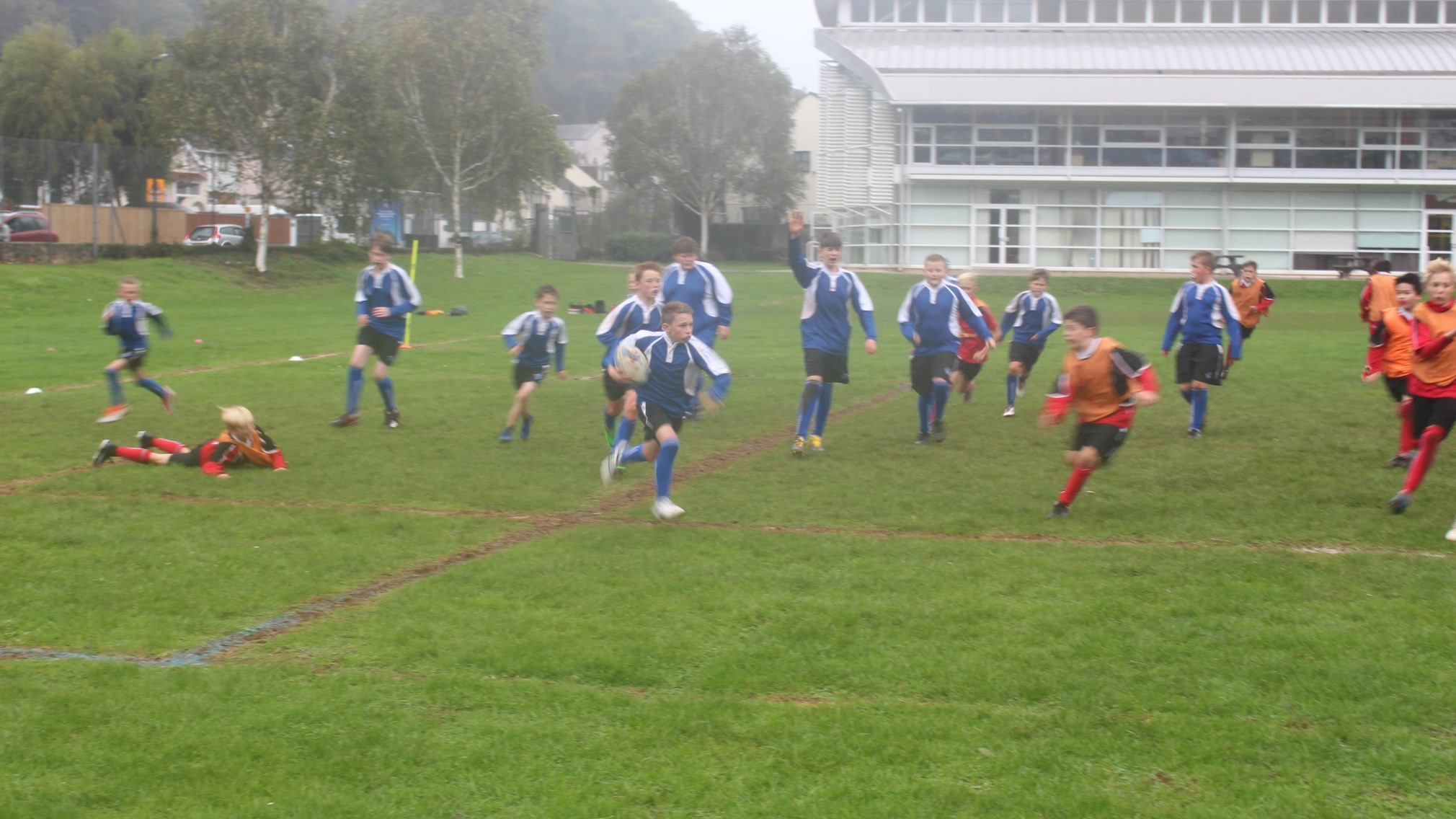