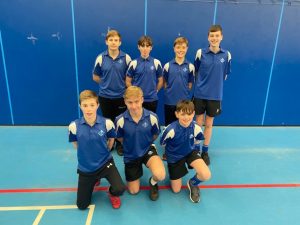 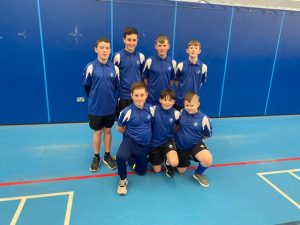 On Wednesday 26th January, the U13 and U15 Cricket teams competed admirably in the School Games Indoor Cricket Competition held at Waterleat Road.

The competition saw the teams compete in the eight over Softball format against teams from Torquay Academy, Newton Abbot College and South Dartmoor, in an evenly contested tournament which saw them demonstrate some excellent bowling, batting and fielding along the way.

Despite narrow defeats to Torquay Academy in their first match ups, the U13s missing out by just a single run in their game. Both teams then entertained South Dartmoor in their second fixture of the day.

A batting revival from SDCC saw them edge out the PA U13s after a thrilling run chase, however a hard-hitting display from the U15s saw the first Paignton win of the day registered.

The team amassed a sensational total of 92 from 8 overs before bowling South Dartmoor out for 58. Luis Coles and Brandon Mair did the damage with the bat, while some tight bowling from Gethin Cowell restricted the SDCC batters to a total of 58 to secure a comprehensive victory.

A win in game three for both teams could still be enough to see them progress to the County Finals, however a tough test in the form of Newton Abbot College was next on the horizon.

The U15s were set a mammoth total of 101 by their NAC counterparts which would prove to be too difficult to chase. However, the U13s saved their best performance of the day for last, as they dispatched their South Hams opponents, thanks mainly to some batting heroics from opener Harry Roberts.

At the commencement of the third game of the group, both teams eagerly awaited the news of how the final standings would pan out and whether they would be progressing to the County Finals at Exeter University.

The defeat to NAC in their third game would unfortunately eliminate the U15s from the competition, but there was better news for the U13s who secured a trip to Exeter University as a result of their final game heroics!

Despite the contrasting success of our two teams, both teams played some great cricket over the course of the day and were excellent ambassadors for the Academy.