We are thrilled to introduce you to our Student Senior Team for September. All students put an absolutely brilliant case across in the interviews to become Head Boy and Head Girl and it was one of the closest and most well-thought battles we have seen for many years. The students themselves identified that it was a ‘tough field’ which just shows the calibre of the students who were shortlisted.
From left to right
Chloe Huxter – Senior prefect
Emily Sibley – Senior prefect
Molly Dunn – Deputy Head Girl
Elise Pulham – Head Girl
John Welch – Head Boy
Joe Ruocco – Deputy Head Boy
Harley Mayes – Senior prefect
Harry Jones – Senior prefect
Both John and Elise are very excited to support students at a time of change in the Academy.
After successfully being appointed to Head Girl, Elise stated – “I want to support the students in the upcoming terms, I will make my role more visible to allow all students to clearly see me as someone they can talk to if they need support or guidance, without hesitation.”
After successfully being appointed to Head Boy, John Stated – “I will be sure to bring a welcoming atmosphere to the Academy as well as try my hardest to help all the students succeed.”
The Senior Team recognise that they have a big job ahead of them during the site split but are excited for the change and up for the challenge. 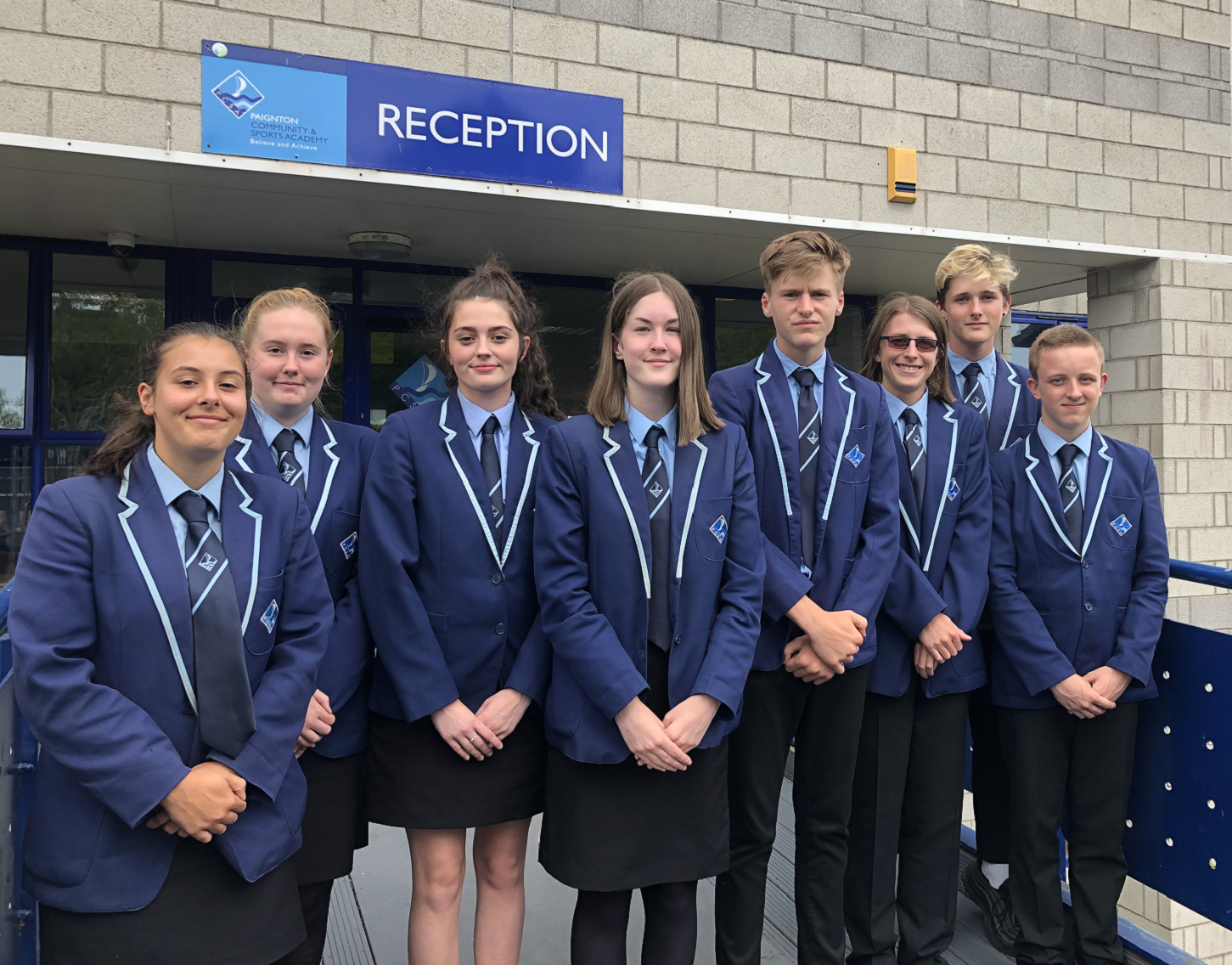