FOUR-MIDABLE PERFORMANCE FROM THE Y9 BOYS!

The Y9 boys’ football team produced a convincing performance in terrible conditions to overcome Tiverton High School and progress to the next round of the County Cup.
The driving rain and howling wind made it extremely difficult for both teams but Paignton started strongly and took an early lead through defensive kingpin, Kieron Collins.
Tiverton battled hard but Riley Williams was largely untroubled as he made a solid debut in goal.
Further Paignton pressure in the second half resulted in goals for Callum McClusky, Kobi Bailey and Riley Davis as the boys sealed an impressive victory despite the truly horrendous weather!
Well played boys – on to the next round!
Mr Power 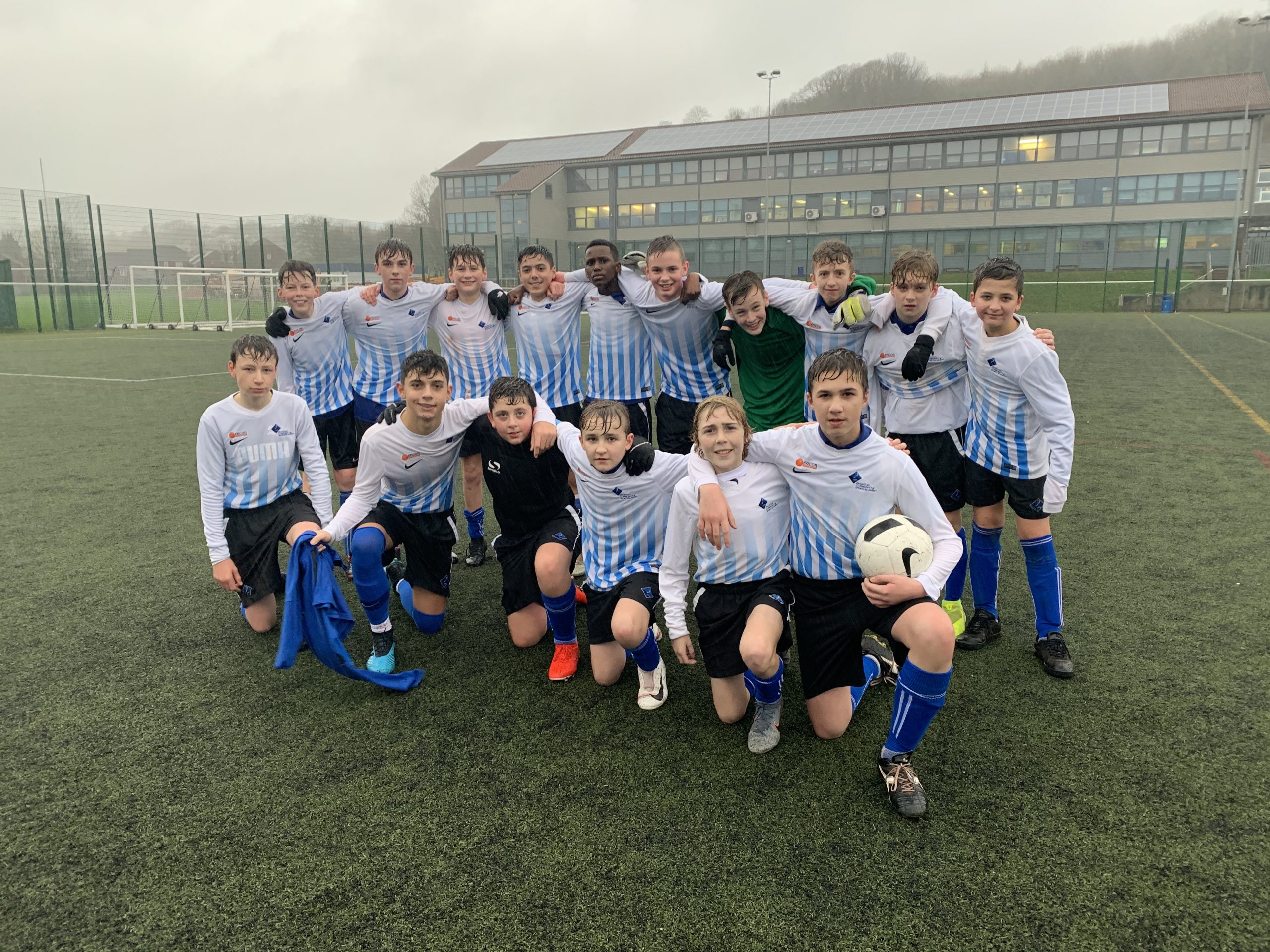